The Grampians Central West region spreads across 12 Local Government Areas (LGAs) in western Victoria, encompassing an area of over 50,000km2 or more than 21% of the state. This covers a significant area from the metropolitan boundary to the South Australian Border generally surrounding the Western Highway.  The region includes key population centres such as Ararat, Ballarat, Horsham and Stawell, and ranges from urban fringe areas adjoining metropolitan Melbourne to rural areas bordering South Australia.

The region is home to a current population of over 250,000 which is projected to grow over the next ten years to around 290,000 (an increase of over 14%).  Population density varies greatly across the region, ranging from over 130 people per km2 in Ballarat to less than one person per km2 in the LG areas of Hindmarsh, West Wimmera and Yarriambiack. 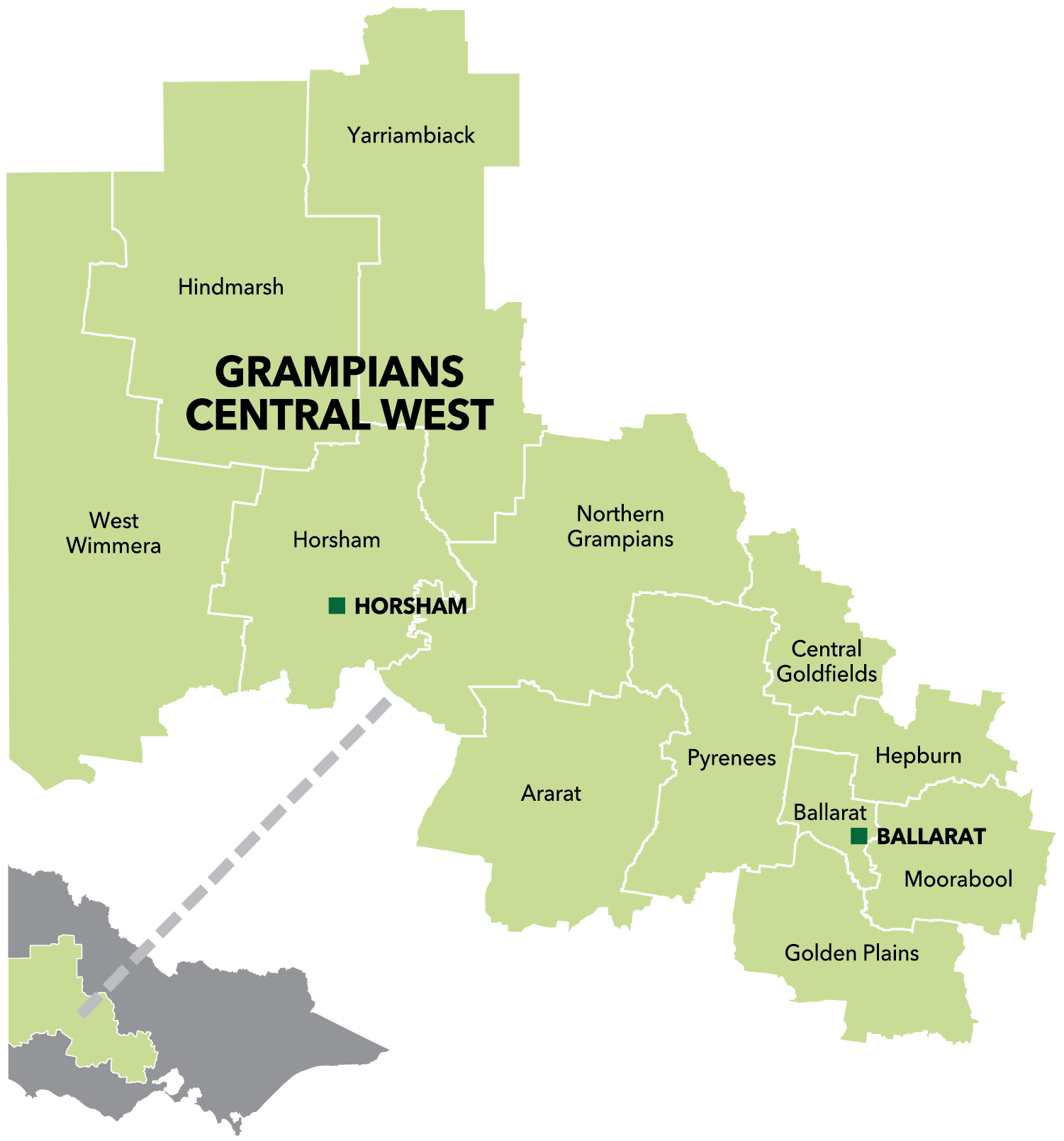